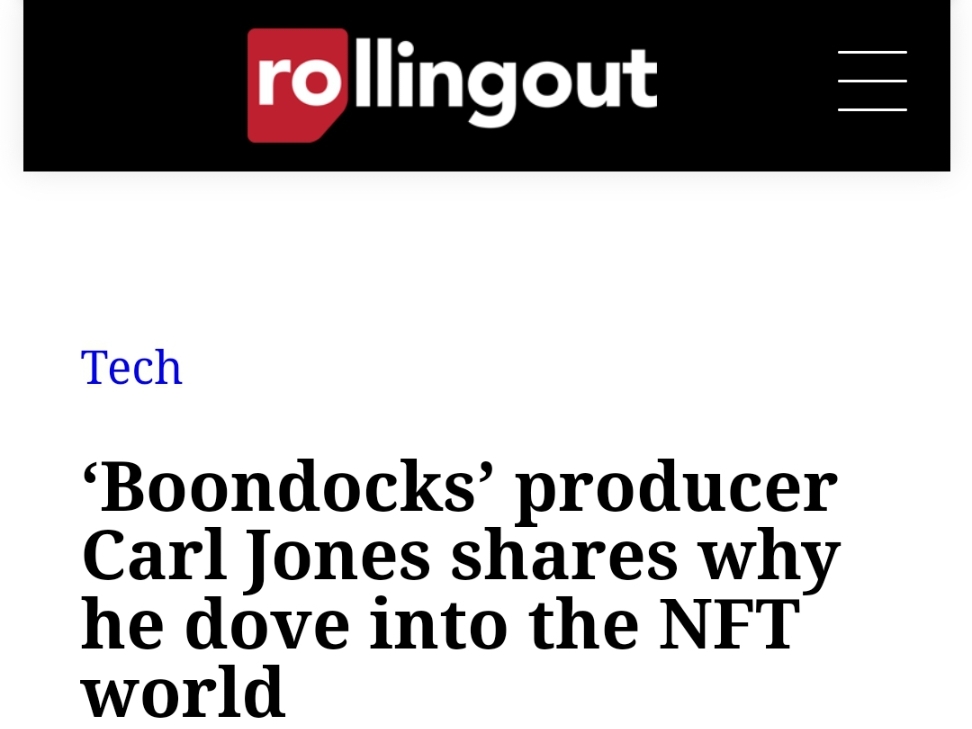 Carl Jones is best known for his work as co-executive producer of “The Boondocks,” the first Cartoon Network program to win a Peabody Award. Jones has also been nominated for an NAACP Image Award and he’s also the executive producer and head writer of Adult Swim’s “Black Dynamite.”

Jones has joined the cryptocurrency world and announced the release of his NFT, Bubblegoose Ballers. He is a huge advocate for unapologetically creating content by and for the culture.

Why did you start your NFT journey?

The NFT space was really interesting to me because, for one, I love the community aspect. A lot of people think that NFTs are just JPEGs that people buy, or just digital art that people buy. But that’s just the token, or I would say, the entry point into a whole world of possibilities. One being that you’re building a community around that particular NFT so you don’t just have fans, now you have people who are also investors essentially because they not only are buying the art, but they’re able to participate financially as well. Then you also have people t

I think the creative freedom and the decentralization of power was really appealing to me because you’re not dealing with a lot of giant studios and networks that have so much say so in the creative world necessarily, or they’re not determining the future of your creation. I love the idea of being able to build out an IP, and then take it to TV or film once you establish it and build a fan base and create a community and a network.

Why do you think the world of NFTs is growing?

I think it always just comes down to freedom. I think it’s creative freedom. I think it’s financial freedom. I think it’s also the connection to people in the community. You’ll hear the word community come up a lot with a lot of NFT projects, because it really is important. To be honest, any of the shows that I’ve worked on or produced over the years, “The Boondocks” most notably, would never have been as successful as it was without a community of fans. Back then we didn’t really have the technology. I think that when we first started, Facebook and MySpace were just getting popular, but we didn’t really have the opportunity to interact and engage with the fans and have the fans engage with us, and not only us, but the property itself.

hat can participate creatively within that community, and so I saw it as an opportunity to incubate IPs and create a world that exists on Web3 with -in real time – the interaction from the community.